This is mostly a true confession of having a bad experience and sharing hoping that this might be helpful for someone else in the future!

We were just completing a 50 mile sail back home. It was a rough day. Our heading was mostly north and the wind and heavy waves and current were at 340 the entire day. We spent the day tacking back and forth. We couldn't quite avoid the shoreline on port tack as close hauled as she would sail and would have to come about on and off to get some space. On Lake Michigan there were small craft advisories being broadcast on the VHF. We didn't see many other boats on the water. Waves were between 3-5 feet most of the trip with the usual Lake Michigan short wave cycle / chop.

We made the trip without too much trouble. About a mile south of the inlet to our harbor I started the engine and planned to motor sail and clean the boat up a bit. When I put the engine in gear our speed didn't change and the engine didn't drop RPMs or sound like there was any load on it. I tried multiple times and even went into reverse and it had the same effect.  I went below and could see the shaft turning whenever I put it into gear but we had not thrust.  By now the weather was pretty rough and too rough to heave to or anchor or go for a swim to look at the prop.

I called TowBoatUS and told them that I was going to want some help getting into my slip in the marina. TowBoatUS said it was too rough for them to meet us on Lake Michigan. I asked them to meet me in the channel coming off of Lake Michigan just in case I ran into trouble (sometimes the dunes block the wind and the sails luff coming down the channel). Ultimately I was able to sail the channel, down the inland lake, all the way back to my marina. The towboat hooked on just outside the marina and just gave me a little tow through the marina and into my slip. It made me feel better having him around just in case the wind shifted or I ran into troubles.

The next week I pulled my boat out of the water.  Attached is a picture of the problem (no prop!)

Here is the story:
- Four years ago I upgraded from a 3 blade fixed prop that was on the boat when I bought to a feathering Kiwi prop. The Kiwi prop is held on by a nut which itself is held from turning by set screws. The set screws are held in place with Loctite. I carefully followed the installation instructions including using the Loctite and then forgot about things for the past 4 years.
- This past spring at launch I inspected the prop, greased the fittings and made sure the blades looked fine. All looked to be in order. I cannot say that I checked the nut tension or the set screws. To be honest, it never occured to me that I should do that. It had been 4 years since I installed the prop and honestly I forgotten all about the set screws and the install process.  In restrospect, this was a mistake. There now is somewhere on the bottom of Lake Michigan a very nice Kiwi prop.

So lesson learned - prelaunch inspection includes making sure that the prop is attached and the nut has not loosened.

More lessons learned:
- Now back in the water with the fixed 3 blade prop on the boat, I realize that I was under-propped with the Kiwi prop. I can motor almost a full knot faster with the fixed prop at lower RPMs (more appropriate RPMs) than I had gotten accustomed to with the Kiwi prop.
- The fixed blade prop in neutral feels like having the brakes on. Having gotten used to motoring in and out of the marina with the Kiwi there is a marked and noticeable difference. I used to put the engine in neutral much sooner in order to have it slow down. Now I end up having to put it back in gear frequently getting to my slip.
- Behavior sailing with the fixed prop is also about 1/2 to 1 knot slower under similar conditions (based on 4 years of experience sailing with the Kiwi.)
- I experimented with sailing in neutral (prop turning) or with the gearbox in reverse (prop stopped). My speed consistently dropped almost 1/2 knot when I locked the prop in reverse. I have since been leaving the transmission in neutral. (Manual says either option is acceptable.)

We have another month or so before I pull my boat out again for the winter. I have been enjoying reading multiple prior posts here about prop selection. I am planning to buy a folding prop before launch next spring. 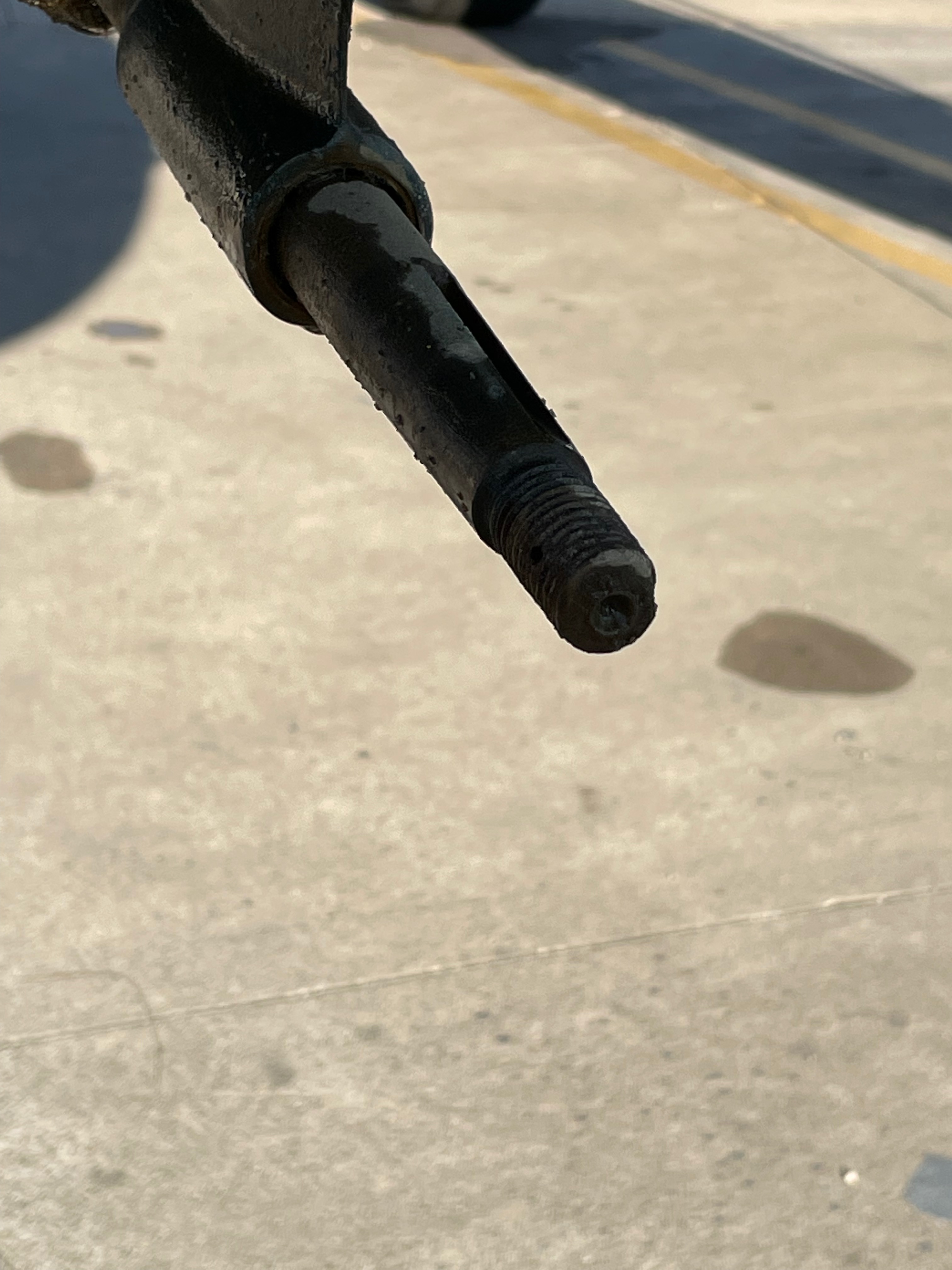 Interesting story. Thanks for sharing. Your folding prop couldn't make use of a castle nut and cotter pin?
50 miles through 5 footers would be tiring.
When we traveled to our-haul out marina last season, we did 20 miles of breaking waves with an offshore hurricane. We took two boarding waves into the cockpit from the rear quarter: most of the water came over the over the side deck, not through the open transom. I guess that's what happens when you sail on a schedule, not the weather. I'm changing my thought process this year.

Interesting indeed.
I've acted for years under the impression that the trans should be locked in reverse while sailing, but hunting around just now it appears that Hurth transmissions (which was the stock on our C36s) is apparently one of the few sailboat transmissions that can be left in either reverse or neutral while sailing (just not forward).    See, e.g., www.sailnet.com/threads/sail-in-forward-reverse-or-neutral.61535/#post-563634

I agree. It seems like it is always important to not sail on a schedule and instead have the time to have better conditions. We debated that. Overall the boat was handling it well and so we continued to push on. The Kiwi prop design is such that it doesn't have a standard kotter pin. The nut is held on by set screws. They state on the installation instructions that it is critical to use Loctite or you risk losing your prop. I used Loctite but neglected to check it again through the past few years.

Interesting discussion and thanks for sharing. Sorry that happened to you.   On another point, our Hurth transmission manual specifically states that the ZF  transmission should be placed in reverse while sailing. I wonder if different models are OK with it in neutral - while other models are not.
Bill

Bill Dolan 1990 Catalina C-36 MKI - Hull #1041  'Williwaw'
Std. Rig, Walk Through, Wing Keel
M35, Oberdorfer Conversion,
Home Waters; Charlotte  Harbor & The Gulf Islands of Florida
'You are never out of work if you own a boat'

You can read a lot of debate about that online.

Give me a fixed blade prop