I have done a search in our forums but I have not found anything on this specific issue. I have some questions and need some advice.

We have a 1991, hull number 1120, and I have had some success getting the 30-year-old refrigerator to cool down fairly well, even in warm weather, by recently replacing the control panel with one of the last few available in Canada for a couple of hundred dollars, and keeping a bag of ice cubes in the freezer compartment. It keeps the temperature now at about four degrees Celsius and keeps Frozen items Frozen while we are hooked up to shore power.

The problem is that the compressor and fan never turn off and visitors complain about the Non-Stop buzzing of the fan above their feet. Also, the amperage draw is enough to empty a battery overnight while we are on the hook. I do not think there is a problem with the freon since the freezer is working fairly well and has done for a couple of years running, the real problem is the amperage draw due to the Non-Stop operation of the compressor and it's age, which means that it was manufactured long before efficiency was a big factor or even possible.

After removing the three Philips head screws holding it down and pulling the unit out, I cannot find any check valve to add freon, nor any release valve to suck out the now illegal old Freon and replace with new gas. Where there should be a check valve there is only a crimped off copper tube coming out of the top quarter corner of the compressor tank that has had the tip soldered closed.

My question is is there is a check valve built into the two brass connectors for the liquid and suction lines at the back left side of the unit? If I release those connections to replace the compressor, will all the gas come out?

Of course, the biggest issue is what to replace the old compressor with? I have seen some that look identical to the old one, which would not be much of an improvement I don't think, but I have also seen some mini ones that claim to be high efficiency and very low average draw. The issue there is would they be sufficiently powerful to run the unit and still shot on and off like they are supposed to?

Has anyone replaced only the compressor since the control board, evaporator, thermostat and fan are all working fairly well?

Lastly, has anyone found a much more quiet 12 volt fan that will produce less noise than the current one? 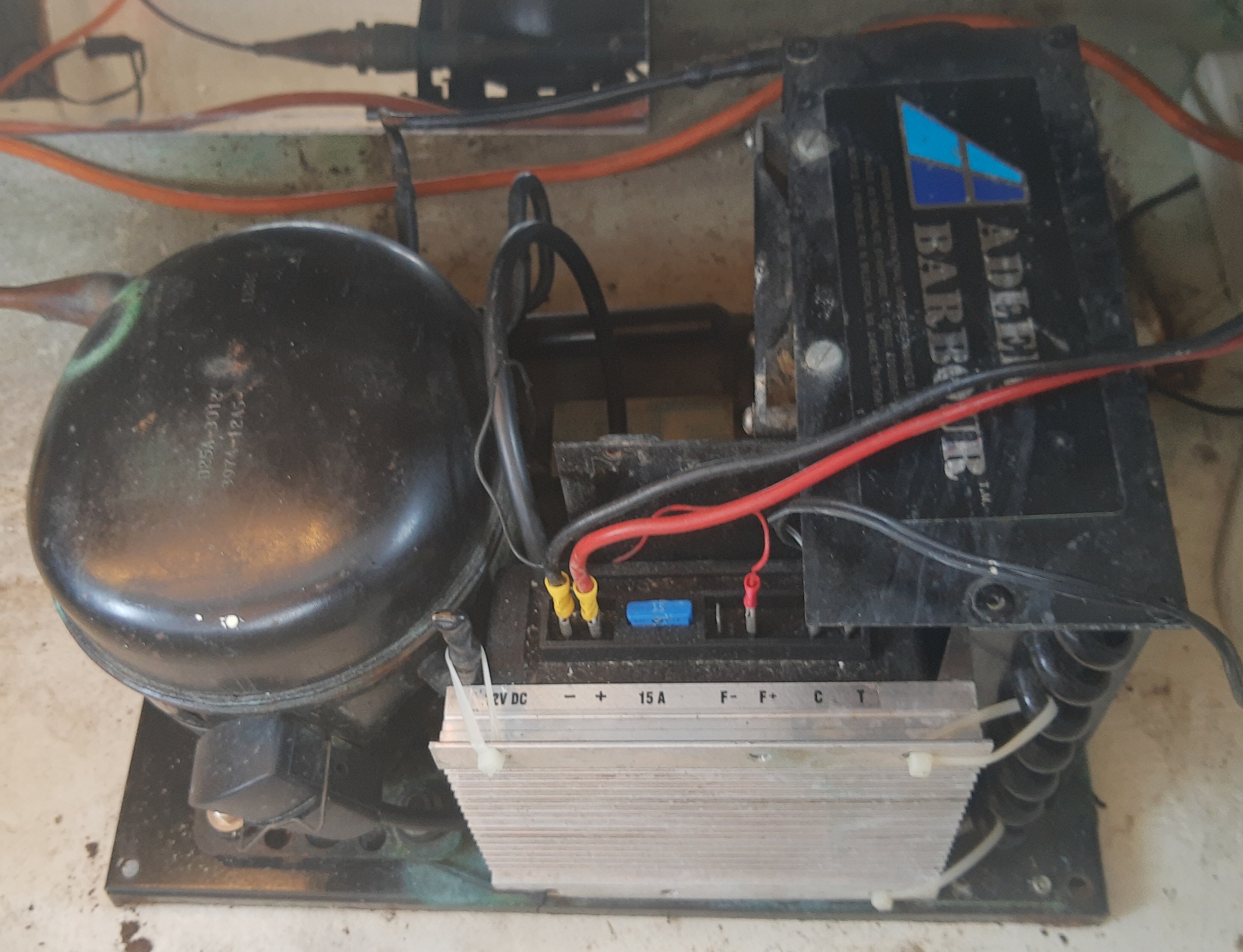