With a name of "Changes In Attitude" being a Jimmy Buffet fan is a given. When we bought the boat, her name was "Attitude". During a discussion with my wife Carolyn concerning keeping the existing name or changing it to "CARO II" (CARO was our first Catalina, a 25), my wife suggested adding "Changes In" was the obvious answer since I was such a JB fan. My mind said "duh, I should have thought of that". Interestingly enough, there is another C36 on the Neuse River in Oriental, NC, with the same name, and we know the owners, although that didn't come after we had bought and re-named CIA. Even though I am a retired Intelligence Officer, don't read anything into the CIA part. - Owen Smith 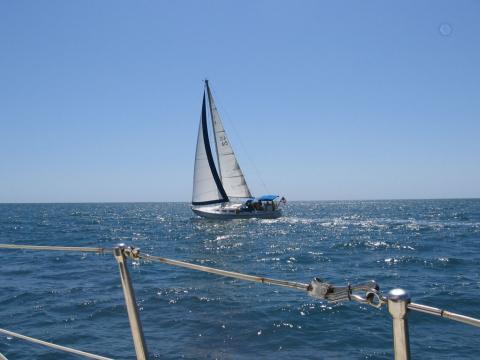